If you’re slightly interested in mixed martial arts (MMA), then you must have heard the acronym UFC. And if you’re not a fan, then you’re about to be. Let’s take a look into the origins of the UFC and its insane influence into mainstream sports as a global brand.

What does UFC mean – Ultimate Fighting Championship. On November 12th, 1993, Rorion Gracie and Art David held the first pay-per-view mixed martial arts match in Denver, Colorado. Gracie, a legendary Brazilian Jiu-Jitsu Master partnered up with business magnate Art Davie with the goal to showcase on national TV the original martial arts of self defense, Jiu Jiutsu. Davie had envisioned a competition between fighters of distinct martial arts to embrace the most effective one. Inspired by Gracie’s traditional Vale Tudo, a full body combat match with very few rules, and Davie’s idea, the sport of MMA was born. The starting matches had little to no rules with little structure and the fights were brutal and bloody. By the 2000’s, the fans weren’t taking the fights much and the UFC was going bankrupt. The Lorenzo brothers purchased the UFC and rebuilt their brand as a legitimate and regulated sport with elite athletes.

Today, the UFC establishes mixed martial arts as a “full contact combat sport that allows a wide variety of fighting techniques and skills from a mixture of other combat sports to be used in competition”. The beginning intentions of the UFC was to juxtapose combat sports such as boxing, karate, and jiu-jitsu, the sport grew up to be a mix of techniques from all of them.A UFC – MMA fight is performed on an octagon stage with a mat and a fence. The octagon is a trademark to the UFC brand, as it was the first MMA fight to be performed on such a large and unique platform. According to the UFC, the fenced octagon eliminates the possibility of fighters bouncing out of the stage and eliminates cornering your opponent.UFC fights consist of 3 to 5 rounds, each round lasts 5 minutes with intervals of 1 minute to rest. Five round fights are usually reserved for the last fight of the night at an MMA event or for championships. Although the fight time might seem short, there is extensive drilling before a fight and a lot of adrenaline released during the fight. 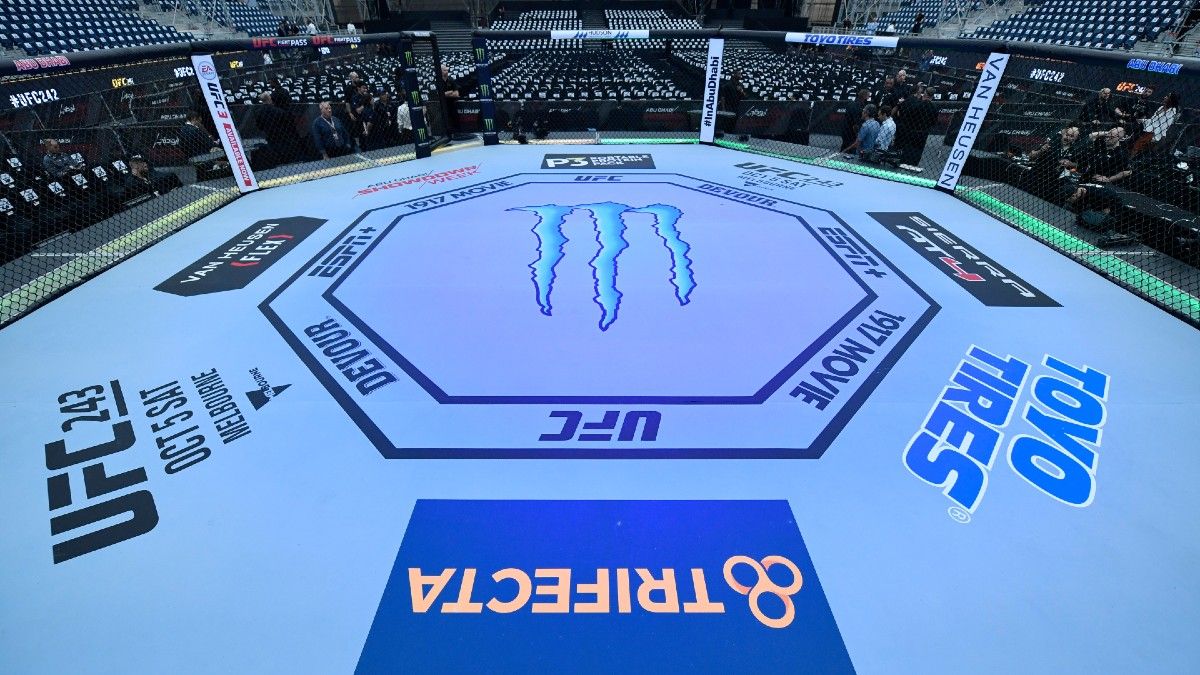 There are Unified Rules Of Mixed Martial Arts across different athletics entities, including the UFC. The Unified Rules establishes the rounds’ duration, judges’ criteria, weight classes, fouls, medical requirements and attire and equipment. An MMA judge should at least have 5 years of experience. There are 14 different weight classes a fighter can fall into; beginning with the Straw Weight that goes up to 115 lbs and ending with Super HeavyWeight that goes for fighters over 265 lbs. The fouls in MMA are 27, and they range from eye gouging and hair pulling to throwing an opponent out of the ring or use of abusive language in the fighting area. The medical requirements a fighter needs to get might vary across states, age, and between amateurs vs professionals. However, they would usually include eye, pyshical, neurological, and urinal exams. According to Epic Sports, a fighter attire consists of shorts, adding blouse for female fighters, open-fingered gloves, mouth guard, groin protection for the men, and protective chest gear for females.

The UFC describes itself as a global media brand that has revolutionized the business fight as the largest pay-per-view provider in the world. According to communication scholar Jennifer McClearen, their success lies in the transmedia marketing of fighters’ differences in regards to gender, race, nationality, and sexuality.

The UFC first introduced women into the organization in 2013, making a historic moment with the fight between the famous Ronda Rousey and Carmouche. This match was a first statement of their values as a brand that fights for overcoming adversity, equality and public service. The UFC campaign “We are all fighters” from the 2016 competiontion, with openly lesbian fighter Amanda Nunes, has trascend beyond that time into a full marketing strategy to diversify their brand. McClearen points out that previously the brand reputation was seen as hypermasculine and brutal, hence keeping it to a small niche audience.

Today, the financial success of the UFC comes not only from their broadcast pay-per-view matches, but extends to their multiple media outreach through promotional spots in the web and TV, UFC documentaries, video games, digital platform, and reality TV show The Ultimate Fighter. According to McClearen, The Ultimate Fighter show appealed to new demographics by building identification with fighters of diverse backgrounds, especially women.

Are you a UFC fan?